On Thursday, October 27, the Joseph A. Unanue Latino Institute hosted its Fiesta Latina Gala at  Seton Hall University's Bethany Hall, bringing together global leaders in healthcare, media and philanthropy and other influencers to celebrate servant leadership and honor exceptional individuals and institutions that inspire and uplift Latino communities.

In their personal and professional lives, the honorees have given their time and resources to better the Latino/Hispanic communities, with their work inspiring and uplifting Latino communities and beyond.

Throughout the evening, Emmy Award-winning journalist David Novarro filled the night with laughter as Master of Ceremony, engaging attendees with his welcoming demeanor – a spirit he is well known for as one of New York's well-known television news anchors.

The night opened with remarks by University President Joseph E. Nyre who reflected on all the Institute has achieved at Seton Hall and the future servant leaders it has, and continue to, develop. President Nyre also commented on the diversity of Seton Hall's incoming freshman class, highlighting that "this year, Seton Hall welcomed our most qualified freshman class in university history, and 30% of that freshman class identified as Hispanic/Latino."

Following, the welcoming and introduction of the night's three honorees went underway. First, Cardinal Tobin received the Esperanza (Hope) Award, recognized for his leadership of the Catholic community in worship through action for the Archdiocese of Newark.

In his acceptance speech, Cardinal Tobin congratulated the Institute's leaders and the students for preparing such a wonderful celebration that brought everyone together following the COVID-19 pandemic. He further shared his experience in working with the Latino community, emphasizing the value of leaving guests with the powerful message of community-centered work. "A people that is united can never be conquered," reflected Cardinal Tobin.

Following, Mariano Rivera, founder and president of the Mariano Rivera Foundation, received the Viva (Live) Award. Established in 1998, Rivera's foundation is dedicated to reaching and creating opportunities for children in the United States as well as Central America and Panama through digital inclusion and mentoring programs.

When accepting his award, Rivera emphasized the importance of the uplifting the Latino community and reflected the important work of Joseph A. Unanue and his wife, Carmen Ana. "I share the same vision of the Unanues: to prepare the next generation of Latinos that will represent our community. It's an honor celebrate their impact and life's work together," he noted.

Dr. Ramon Tallaj accepts the final award of the night, the Magno Award.

The final award of the night, the Magno (Great) Award was given to Dr. Ramon Tallaj, founder and chairman of SOMOS Community Care, a nonprofit, diverse physician-led network of 2,500 health care providers serving 1 million Medicaid and Medicare beneficiaries throughout New York City. "Education is an essential tool in recognizing the value of each human life regardless of where they come from," said Dr. Tallaj.

The Institute would like to thank everyone who was in attendance and the sponsors of the Gala, SOMOS Community Care, Goya, Chase Bank and others for continually supporting the mission of the Institute and the legacy of Mr. and Mrs. Unanue. 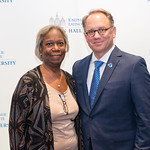 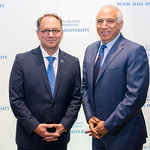 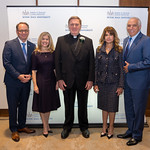 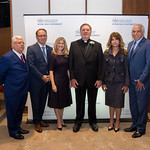 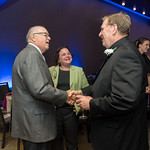 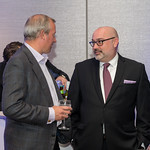 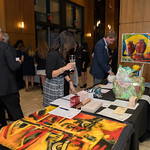 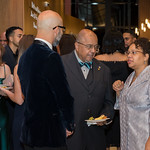 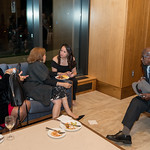 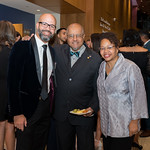 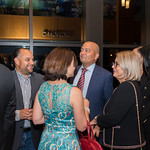 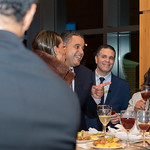